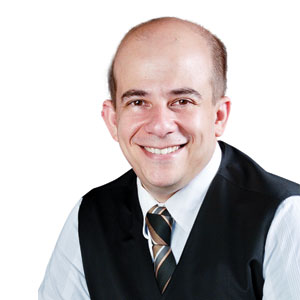 Connect, Engage, Disrupt-XaaS and the Power of IoT

My wife frequently reminds me that I’m a very bad driver, so one day I called her bluff and purchased a “driving assistant,” a device that contains an accelerometer and a Bluetooth interface. It plugs into a car’s Onboard Diagnostic (OBD2) port (which mechanics use to diagnose the “Engine Error” light in a car), connects through Bluetooth to a smart phone, and sends the data to the cloud. The device reports information such as:

3) Time spent over the Speed Limit

The device also gives you a driver rating that is based on an algorithm that factors these items together. The first week I drove with the device, it proved that my wife was correct: my driving score was 40 out of 100. Fortunately, my wife will never know this because she doesn’t read my article. But I digress...

What does this have to do with XaaS?

The term “anything as a service” is gaining widespread adoption in the world of the Internet of Things. It has been called XaaS or AaaS but has been given several different meanings. To understand it properly, it’s probably best represented as “Any THING as a Service” – or the creation of new business models by gathering data from the connected world, filtering that data to extract insights from it, and acting on those insights to delight customers in a whole new way.”

To accomplish the goals behind XaaS, companies must leverage a “business engine” built on a cloud platform. The business engine that drives XaaS should be enabled by Application Programming Interfaces (APIs) that invoke out-of-the-box functionality configured by business users. In addition, the business engine should be integrated with pre-existing customer data that gives context to data. In sum, XaaS business should enable businesses to:

So you’re probably wondering how this translates to real world examples, which brings me back to my story.

If I am a consumer and I buy

one OBD device, I would be happy having all of the information listed above. On the other hand, if I buy dozens of these devices, I can connect and manage a fleet of vehicles as a small business owner. The trip information or any of the info listed above would be available on a platform and would trigger workflows and activities. For example, I should be able to write a rule—with clicks, not code—that will trigger a series of activities if one of my truck drivers goes more than 10 mph over the speed limit. An example of an activity would be to send a gentle reminder that he or she should obey the speed limit. The second infraction notice could be sent to the driver’s supervisor.

When a driving assistant maker chooses to store its data on an open platform, then third party companies can leverage this data to disrupt their competition or create entire markets. The maker can leverage XaaS to create a new “track-my-fleet-as-a-service” offering. Fleet owners can provide better customer service because it knows the ETA of its drivers. It can also lower costs because it’s delivering its service with better fuel efficiency.

For a driving assistant manufacturer to successfully deploy XaaS, it needs: Sensors and a secure hardware layer, a secure communications interaction layer to the cloud, a secure cloud platform to allow access to private trip data that enables consumers and independent software vendors to leverage the data., and the ability to quickly deploy this functionality in days not months, otherwise they would miss the market.

One company, whose name I can’t mention, used this approach to not only disrupt its competition but also create a brand new business model and grow revenue. This company ships vehicles on multiple-car vehicle carriers from point-to-point in the U.S. For example, if I live in Los Angeles and were to send my son to school in New York, I would hire this company to move my son’s car. This company selected an OBD2 Dongle vendor that utilized a GPS device and a SIM card instead of relying on the consumer’s smartphone to help track the vehicle. Each vehicle on the multiple-car carrier included an OBD2 device so customers could track their car during its entire journey.

"Any THING as a Service” – or the creation of new business models by gathering data from the connected world, filtering that data to extract insights from it, and acting on those insights to delight customers in a whole new way"

This company, however, had a dilemma. It would safely deliver their customers’ cars and send a bill for 800 dollars, but then lose their customers. They lost their customers NOT because they were unhappy. On the contrary, their customers were extremely happy. They lost them because they had nothing else to sell them. So they came up with a disruptive idea and called it “track my car as a service.” If I were a customer sending my son’s car to New York, their XaaS would be “Track my teenager as a Service.” I could continue to keep an eye on my son and know that he was safe and not where he shouldn’t be.

I’m not saying that my son would be in the bar instead of the library…but I digress again.

1) Start with a quick Proof of Concept (POC) and build it on a Platform that will allow you to leverage the POC components for your Minimally Viable Product (MVP).

2) Enable your device/products/services with sensors and err on the side of too many, not enough sensors. 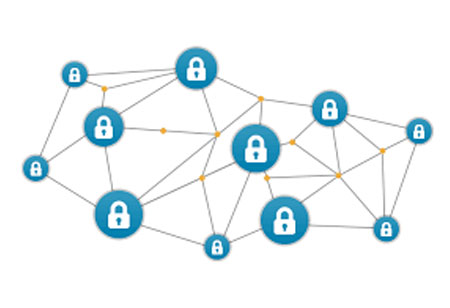